Year three of the SCCA’s revamped time trials program culminated in the third Time Trials Nationals at NCM Motorsport Park in Bowling Green, Kentucky, this past weekend. The relaunch of the program formerly known (or unknown) as Solo I three years ago was met with a lot of excitement and some predictions of doom.

The program was ambitious, and what’s going to follow are my words and my take:

The Time Trials Program is the SCCA learning how to pull the stick out of its ass and just have fun. I think they’re succeeding.

I spent four days in my crapcan Ford Probe on one of the most challenging tracks in the country and left exhausted but smiling ear to ear. Any complaints were minor and largely individual in nature. There needs to be some discussion about Track Sprint going forward, but all in all, good show, SCCA. Good show.

Starting at the beginning, the two down was uneventful. Got onsite late Wednesday, got unloaded checked in, the car through tech and headed to MCR Tuning to see the final work on my friend’s Probe, Cold Lotion. It was getting a fine tune of the engine map on the dyno. Final result there was 171hp to the wheels, which is stout for a naturally aspirated 2.5L Mazda KL.

Walking around the paddock is also an experience. Like this crazy Miata: 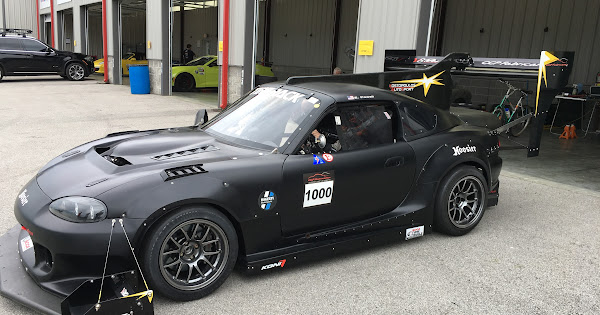 GM V6, just 350hp, but killer suspension and all the aero. It was one of the fastest cars at the event in terms of time. It wasn’t super fast down the straight, but I’m not sure they even had to brake for 1a.

Thursday morning was practice. Three 20 minute sessions for me, but I had a bonus. I hired none other than Tom O’Gorman to coach me during practice, and part of that engagement was Tomo taking me around the track in my car. It was eye opening. The car has way more grip than I thought it did, and a few small changes to the line enabled much higher speeds in places I usually wuss out. I also logged it. The rest of the weekend, I was able to go back to that data, directly compare it to my laps, and see exactly where he was faster than me. 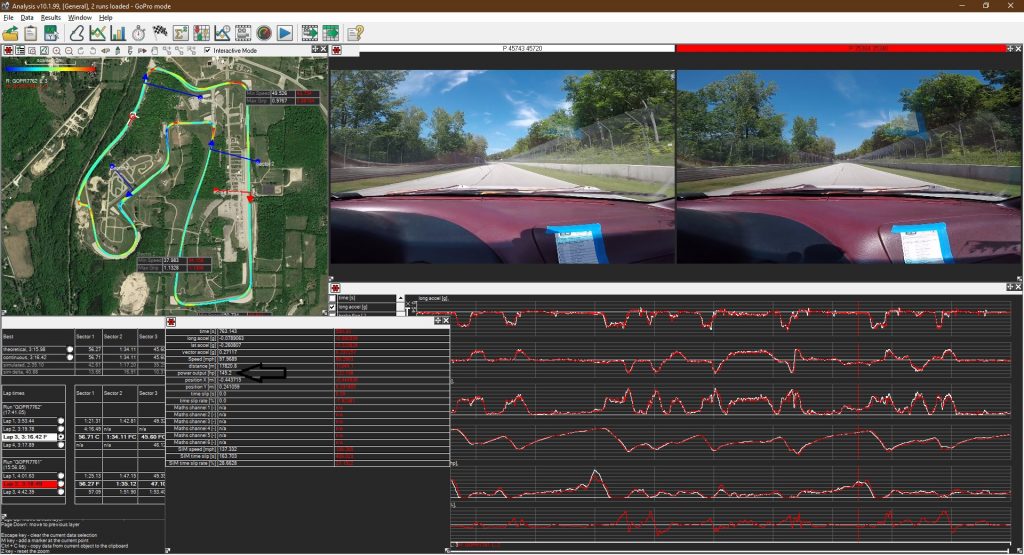 The big gainers were turn 5 and turn 15, with some minor line and braking adjustments in turn 10.

The results were immediate. Back in March, I turned a 2:58 at the Binge Tokyo event. My first session out at TT Nats I turned a 2:46.

Tomo hit this feature at 95. I hit it at 100 and, well, no bueno. The spin was actually caused by the inertial safety switch. It cut the engine when I hit the kerb on the left side, and the engine braking from the shutoff brought the rear around and wouldn’t allow the car to re-start. I got a tow back to the paddock and promptly removed the switch. 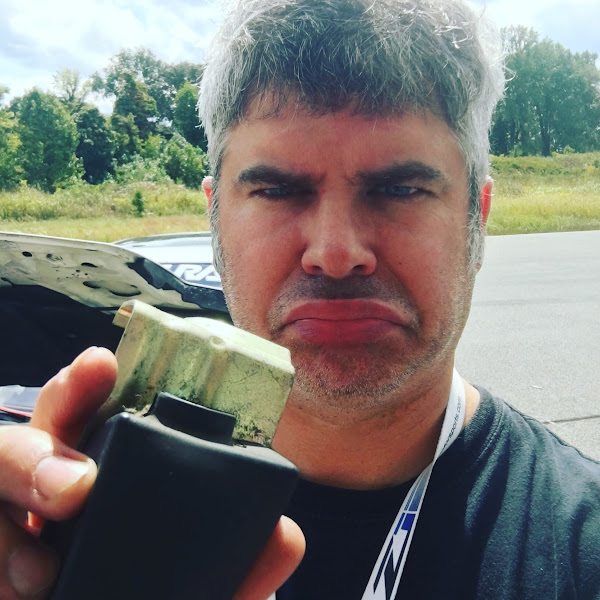 The last session of the weekend I had to take it easy. A four-off means they take away your best lap of the session, so I needed to get in two clean laps before going for the gold. Which I managed. I tried to go for glory on the last lap of the session, but alas, the tires were not where they needed to be and I just couldn’t pull it off.

Incredibly, I beat O’Gorman. He was in my class, but mechanical issues with his S2000 left him missing a few of the elements and making me not DFL. Success! 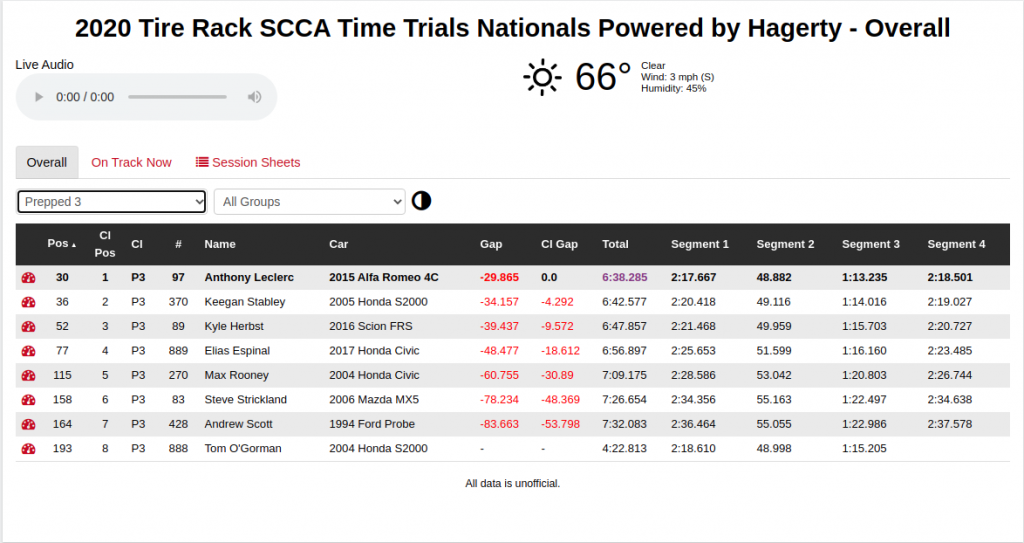 With the car having survived, I loaded up and headed for home. I very much look forward to doing TT Nationals again. 2021’s event is going to be in June, which will lessen the end of year crunch, especially if the Solo Nationals comes back.

Next up is the Optima Search for the Ultimate Street Car round 7, back at NCM in just a week!

My best lap from Friday: