UMI Performance makes some pretty sweet parts. I have their upper control arms and their tie rod adjusting sleeves on the Buick. The UMI arms solved my problem with the exhaust melting the bushings from every other arm I tried. They really are problem solvers. Sorry, Moog. They’re a cool bunch to hang out with, too.

When UMI unveiled the King of the Mountain 1.0, I had hoped (not expected, hoped) to show up on the invite list. Many people that were on the list I’d beaten several times, but I guess I just wasn’t on the radar.

When KOTM 2.0’s invite list came out at PRI last year, I again wasn’t on the invite list. Was I upset? Did I go crying about it on the interwebz? Nope.

Then the DriveAutoX series was announced. UMI became a banner sponsor, and one of the perks to winning the DriveAutoX season championship was a golden ticket to KOTM. I had my in. I amended my season goals: In addition to trying to qualify for the Optima Ultimate Street Car Invitational with the Probe, I was going after a KOTM invite, too.

So, back in June, the Probe actually made its national debut at UMI Motorsports Park at the first round of the Optima DriveAutoX series. An event I won handily. Good performances at the following two DriveAutoX events landed me the DriveAutoX national championship in the SCN class, which came with the desired golden ticket invite to UMI’s King of the Mountain 2.0. 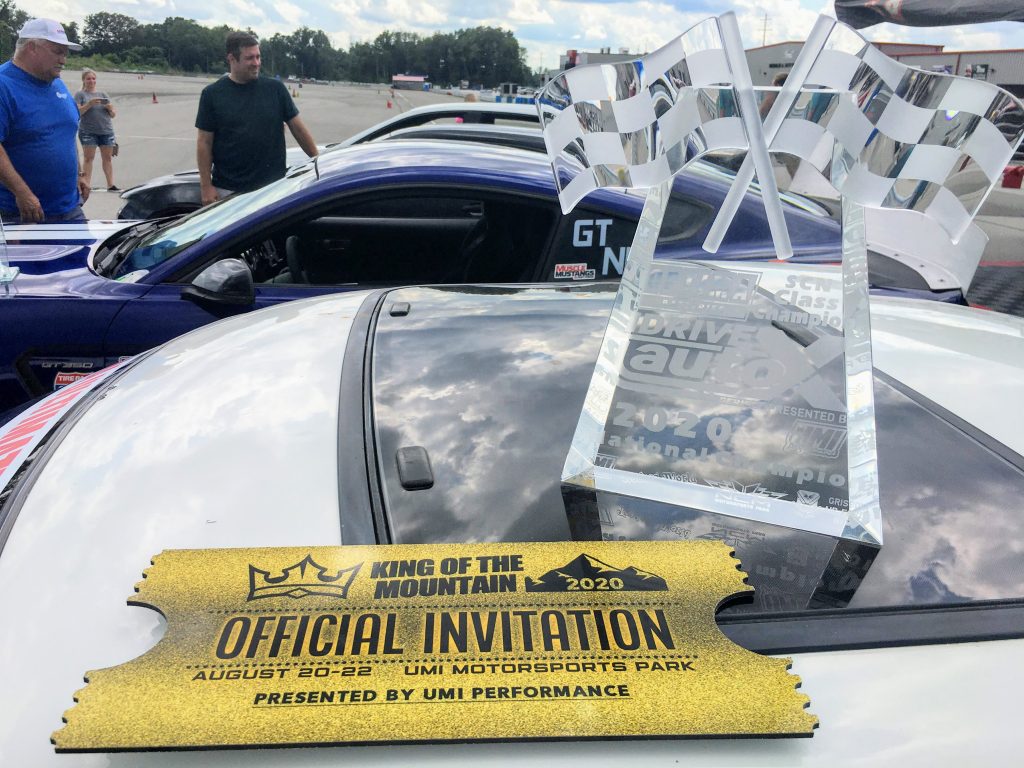 So, I loaded up and headed back to where it all  began.
The paddock looked like the raddest classic car show you could imagine: 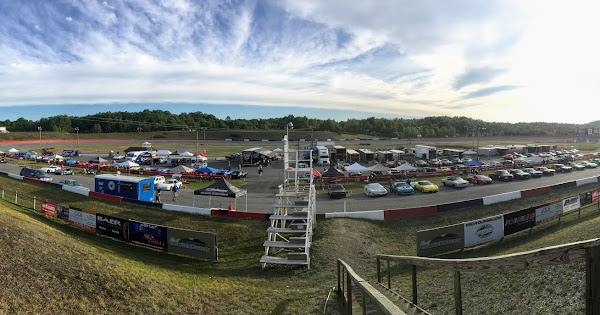 There’s plenty to read on the King of the Mountain website. It’s not hype. The best showed up. And a Probe, too.

The equipment that showed up was staggering, like this car: Yes, that’s a Buick Riviera, with hand-made carbon fiber body panels. It was sporting a wicked dry sumped Buick 455 under the hood, too.

But, all the heavy metal aside, the best part of the weekend was my daughter. She was able to come along on the trip, and now that she’s big enough to safely sit in the front and wear a proper helmet, she was able to ride along. And ride she did, all 27 runs. Here’s the first:

The smile that grows on her face after we crossed the finish is priceless. I think she’s hooked.

Both days featured challenging courses that exploited what UMI Motorsports Park has to offer – tight but well flowing infield sections and nearly wide-open shenanigans on the oval’s banked surface. Lateral G forces approaching and exceeding 2.0g were seen by the Probe. My arms were SORE the morning after we got back.

The competition was fierce. The Probe was placed in the Vintage class, and did well, with some qualifications. Despite being last after day one, the spread from first to last was just three seconds. That’s CLOSE.

Think about that in an imaginary race where all 56 cars start at the same time, the fastest car finishes and you count, 1, 2, done. Everybody’s done. It was nuts. Just a tenth faster moved you up four or five spots. Just a few thousandths separated most of the cars from their peers one place above or below. The car gave me zero problems, once again. It handles like it needs to. It just is underpowered for this environment. But not by much.

The Probe’s best run from Friday:

And the second best run from Saturday:

We got a bonus run at the end of the day and managed to slash another tenth off, but it didn’t move me much. We were just a few thousandths short of moving up, but it stretched the gap to the next car after us to half a second. We were the slowest of the fast bunch at the top.

So, we didn’t make the shootout, predictably, but neither did over sixty others. After two days, I think the spread from top to bottom was close to fifteen seconds, which is amazing. Do a sort on any other national event, and it’s not going to be that close. We packed up our paddock spot into the back of the Probe and headed to the trailer. Ever the useful race car, everything fit in the back of the car with the seats folded down. An ez-up, tools, safety equipment, trailer spares we used as anchors, and the cooler. The hatch wouldn’t close due to the cooler, but it still beat carrying it all up the hill. 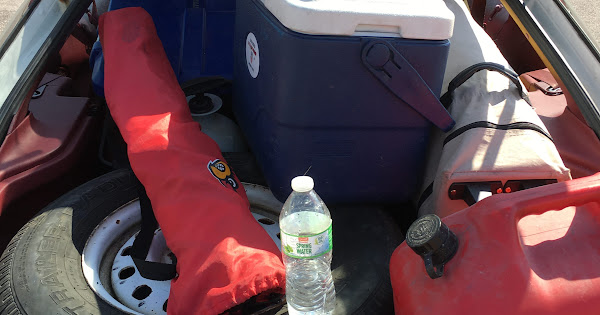 I want to take a few words to talk about how the event was run: It was run well. Very well. The UMI crew has learned a lot in a very short amount of time. Things ran very smoothly the whole weekend. I got a fantastic cheese steak from one of the food trucks. The bathrooms are clean. Everybody was happy to be there. The courses were fun and safe.

I really hope we get invited back next year. But if not, I’ll pay attention to the tie-ins. I just might have to go and win my way back in the mix again.