Put on your big boy britches, because we hit a big track this weekend. Round five of the 2020 Optima Search For the Ultimate Street car was at Road America!

I’ve never been to Road America. I’ve run countless laps of the track in sims, and I knew it would be fun and fast. I had no idea, though, just how fun.

Due to COVID complications, this event was in the middle of the week instead of a weekend, with road course on Thursday, and autocross on Friday. Bold move, Cotton. Road coursing and Speed Stop day has usually been my most challenging. It puts the most strain on the cars, and a failure on day one at this event knocks you out for the rest of it.

But as it turns out, I didn’t need to worry. The Probe was up to the task.

First off was getting up there. I hadn’t driven to or through Chicago in decades. I hit some traffic that let me snap the skyline from the truck. 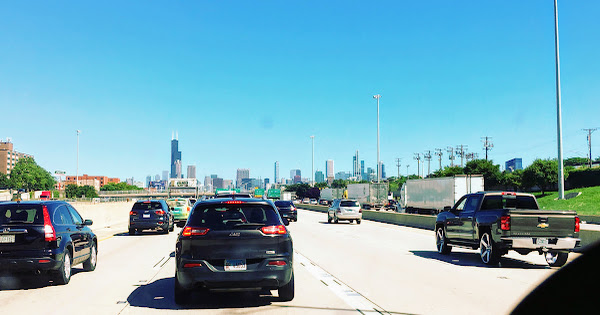 It wasn’t much of a delay, maybe ten minutes of creeping. The rest of the trip was without incident. 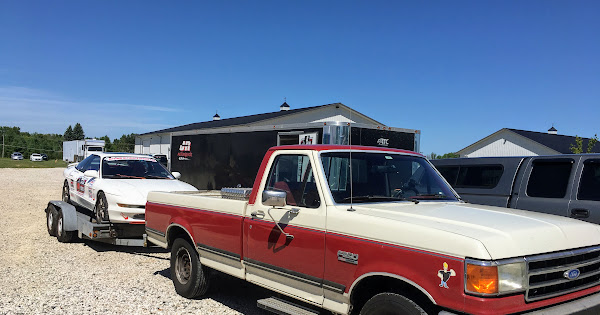 I got onsite about 2:30 local time. Plenty of time to check in, get the car tech’d, and relax for a few hours. The paddock wasn’t going to open until five, so I sat in the parking lot shooting the breeze with a few new friends. Move-in was a breeze, and once again, I ended up with a stellar paddock spot, right next to the Optima rig. 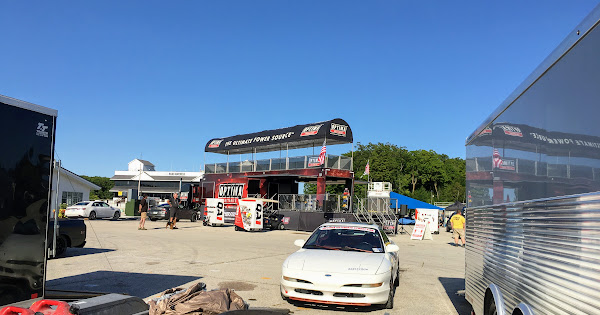 I got to sit in my chair, under my tent, for all the meetings.

Day one, as mentioned before, was road course, Speed Stop, and the road Rally. I hate speed stop, but here are my runs:

Yawn. This car does speed stop just fine. It just doesn’t have the horsepower to be competitive. I got some good runs in, and was done with it for the day.

But the track? Road America is amazing. I haven’t had this much fun on a race track ever. Despite the speeds, the track is forgiving. Plenty of run off, and nothing that catches you out of sorts… unless you get greedy. Which I didn’t.

I piloted the Probe down to a 3:16, which is pretty good for my first time there in a car with barely 160hp.

A full session recording can be found here.

The road rally was a quick jaunt to downtown Elkhart Lake, across the start/finish line for the road races they used to hold in the town. Those races got dangerous and were the impetus behind Road America being built.

Friday was D&E and autocross. 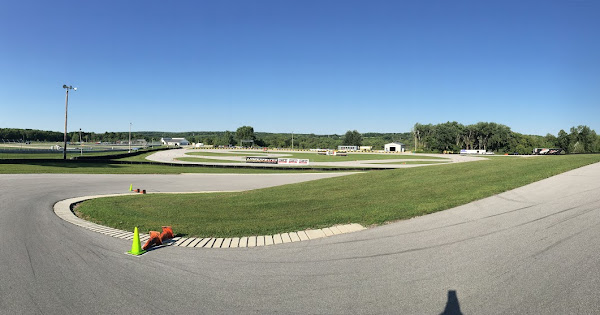 D&E went well. The scores from the judges were higher than AMP, and they liked the car a lot. One of the judges caught up with me later in the day and told me the car was “inspiring,” which was extremely flattering. He brought up outreach to younger people, since the entire premise of the car is having fun with minimal expense. People might think they need to be a millionaire with a $150,000 build to come out, and it’s not true. I’ve been wailing on this old Probe all year, it hasn’t missed a beat, and more importantly, hasn’t cost me much money. 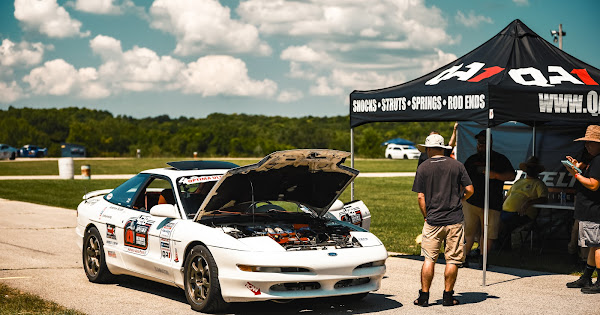 Autocross was a thing. They did it on the kart track. The course wasn’t terribly challenging. Everything had to be apexed late, and the downhill section challenged braking. The uphill section also made the power disadvantage apparent.

I went 0.2s faster in the afternoon, but the camera batteries were long dead by then. I got 14 runs. I would have gotten 15, but the car fuel starved during the 14th, and there wasn’t time to put fuel in it and make the last run, so I loaded it back on the trailer. I stuck around for the awards, then trucked it home.

The results? Last in class again, but not DFL at the event, as expected. But! I scored 324 points, and moved up from 10th in GTC to fourth! My long game plan of qualifying for the Invitational is looking achievable. One event left, NCM is in October.