After much consternation, I have a moral victory: The Probe now runs properly.

Since getting it running, I’ve had a problem with it breaking up at around 3000 RPM. It just wouldn’t spin any higher. I checked and replaced all the usual suspects. I replaced the spark plugs. I rebuilt the distributor and spliced in a $5 Amazon HEI module to replace the fried ignitor in the distributor. It started and promptly blew the coil. I put another coil in it, and same problem.

So I went off the deep end. I obviously had a working ignition system, right? So on to other things. Timing? Replaced the timing belt. Fuel? New fuel pump.

So I finally invested in a set of new spark plug wires and a genuine GM HEI module. And a fancy heat sink, which is also a Delco part. 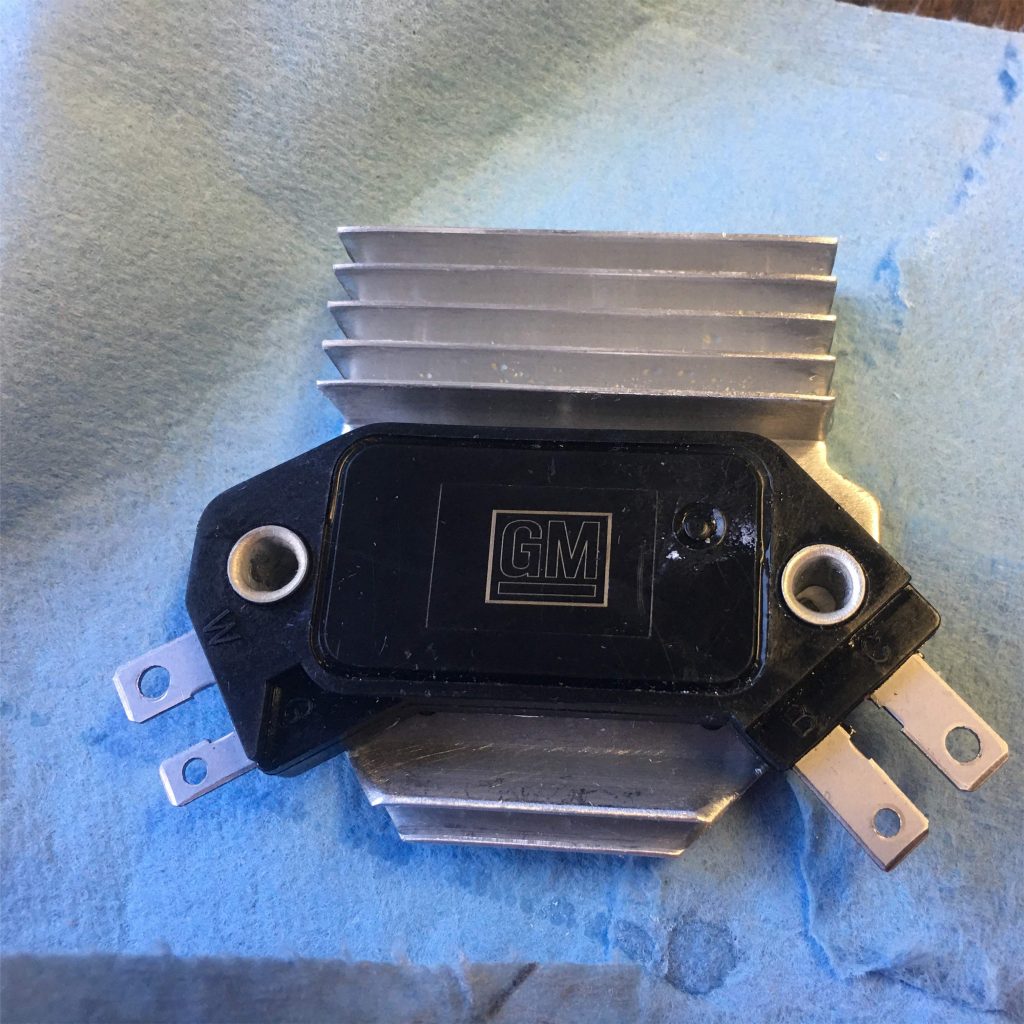 The result was instantaneous.

It now freely revs like it should. After a few days of driving it around to shake it down and make sure it’s solid, the real fun will begin.