This past weekend I ventured to UMI Motorsports Park in beautiful Clearfield, Pennsylvania, for the first round of the 2020 DriveAutoX season.

DriveAutoX is autocross from the same people that bring us the Optima Search for the Ultimate Street Car. The series features simple rules, a small class count (just five!), and LOTS of runs. The key to the high run count is workers. The SCCA has a work requirement. It’s a principle tenant of how the SCCA operates. The participants help run the event, and that’s just how it works.

But it can be a pain.

So, the DriveAutoX program seeks out locals that need to make a few bucks or raise some money for charity, and mans the corner stations with those folks so the drivers can just drive. The result is LOTS of runs. This particular weekend, I think I had at least 25 runs by the time the car hit the trailer. That’s a LOT.

Now, the first step in any event is getting to the facility. There was a challenge in this regard. I blew a trailer tire just 34 miles from home. 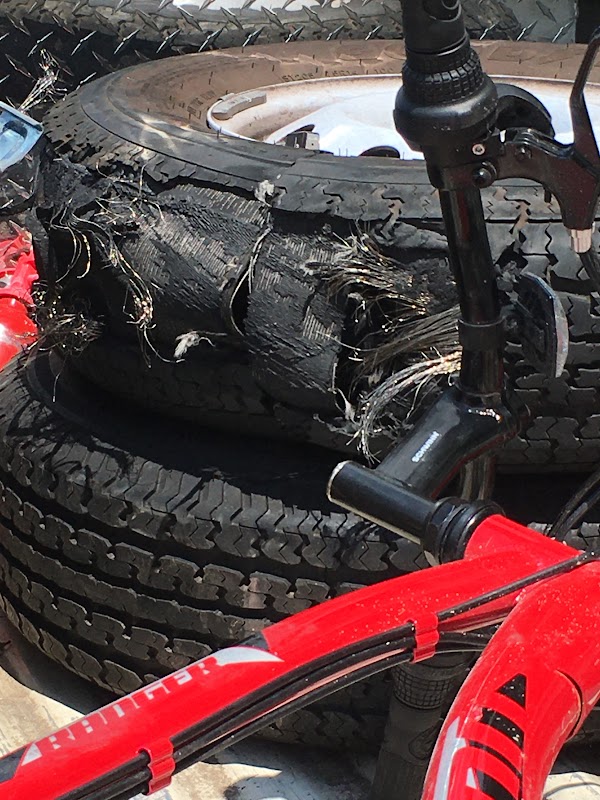 After a 30 minute stop to change the tire, I was back on the road.

The next morning, I got to the venue. UMI Motorsports Park is an asphalt oval track that UMI Performance purchased a couple of years ago. It was closed and in disrepair, but the UMI folks have put a ton of time into the facility and are cultivating a following. The UMI King of the Mountain series began last year, and the partnership with DriveAutoX will result in the points leader of the DriveAutoX series clinching a spot at KOTM.

So, the event itself. I took the Probe.

My competition in SCN consisted of a couple of Miatas, a Nissan 370Z, a Hyundai Veloster, and a beautiful Nissan 280Z survivor with some pretty fantastic suspension work.

The course? It snaked through the infield and hit the outer banking in two spots. Quite interesting, and as it turned out, it was deceptive. It was harder to drive than it walked. There’s elevation change, switchbacks, and banked pavement is always a challenge. Weird things happen on banked pavement. Massive grip until there isn’t, and when you run out of grip, inertia and gravity combine into a very unpleasant combination.

So, running the course in a Probe? Here you go: 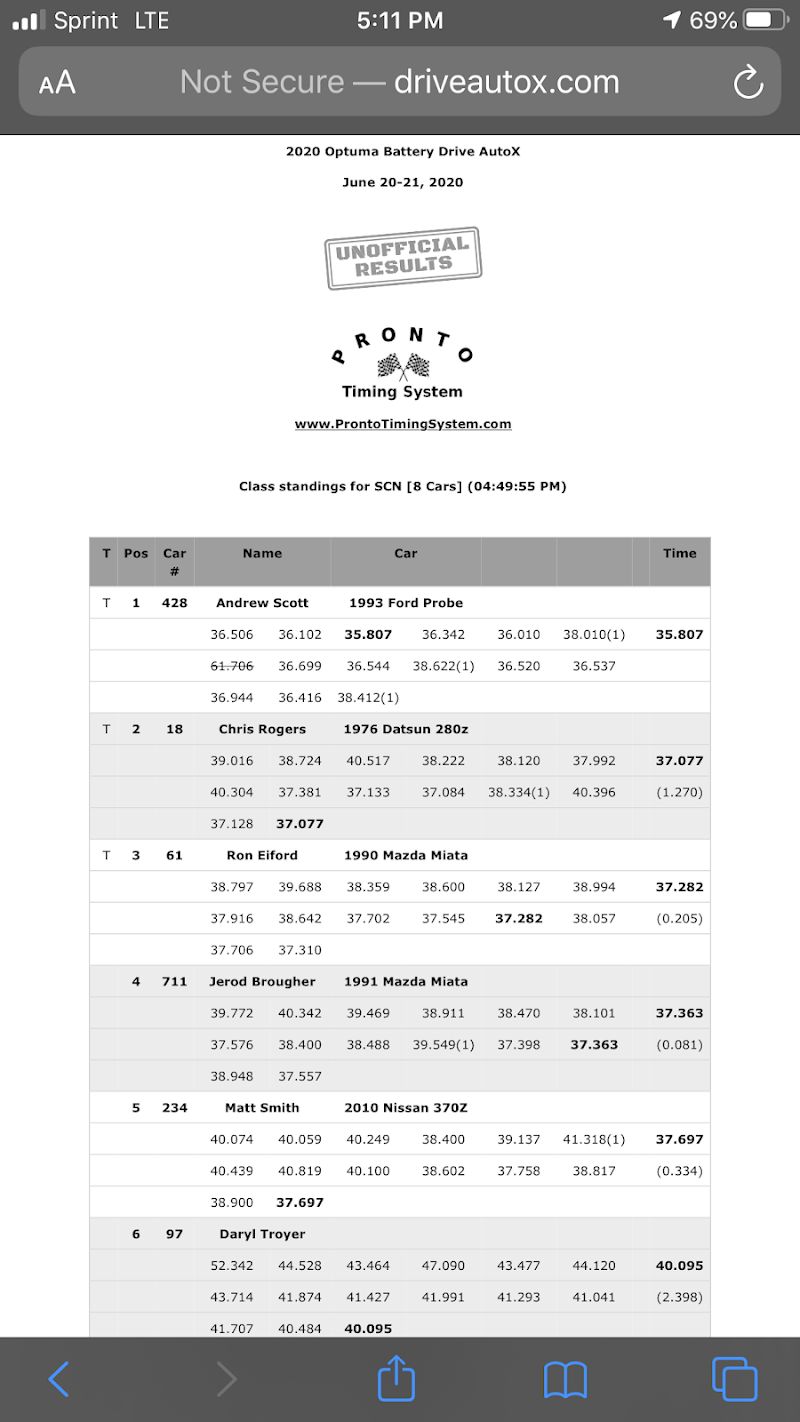 We got another six runs Sunday morning, but nothing moved. I landed on top.

Now, DriveAutoX does trophies differently. Where the SCCA and most other autocross organizations hand out awards to the top third of the class, the Saturday and Sunday morning runs are qualifying for the Challenge. The Challenge is a tournament. The timers are removed, and the course is reconfigured for two cars, starting 180 degrees away from each other. Arm drop start, and the first car back to its respective start line wins. Hit a cone? DSQ. It adds a direct competition element that really spices things up.

So, having qualified first by over 1.2 seconds, I was seeded against my class with me against the slowest, and off we went, just like a basketball tournament. All I had to do was not screw up.

And not screw up is what happened:

That’s the championship challenge run. I handled the event easily, despite the goofy start. And here’s the story on that start bog:

The starting position was downhill. I couldn’t sit there with the clutch in and my foot ready to go on the gas, the car would roll forward. Rolling forward could have been seen as a false start, which would have DSQ’d me. So, to launch the run, I had my left foot on the clutch, the right on the brake, and I tried to heel-toe my launch. Never tried such a thing before, and It’s a miracle I didn’t stall it, but I got it going.

And I won handily, resulting in this picture:

Each class winner from the weekend. One of those things is not like the other. To have a Probe sandwiched between a Lotus Elise and a Camaro ZL1? Hot damn!

Also, the trophy was pretty dope:

Now, let’s deal with the elephant in the room:

Was the Probe really fast, or was SCN a lame class at this event?

The Probe was really fast.

I would have been top ten in every other class except GTV, which was the fastest class at the event. I would have placed 19th there. In fact, the 18 GTV cars running 315mm wide tires and hundreds of horsepower more power made up, well, 18 of the 26 cars ahead of me. I would have won the SCB class by half a second. With no turbo.

Surprised? So was I. Floored really.

So, massively successful outing. The next one is DriveAutoX round 2 in Cincinatti this weekend. Completely different set of competitors. We shall see if round one was a fluke.