It’s been awhile since we’ve updated anything here. Time for a long post.

That’s a lot. A tldr; really shouldn’t have more than three items, but it’s been awhile, and we’ve been busy.

After getting the Probe ready, we took it to the Pine Mountain Hillclimb this past May. The event was a hoot. 80+ mph on a closed road going up a mountain with no cops or oncoming traffic? Yes please.

Sadly, it was a short weekend. The run immediately after this one, we held second gear through the finish. The rev limiter wasn’t turned on, and we spun it to 7600rpm at 9psi. The #6 cylinder detonated badly and cracked a piston: 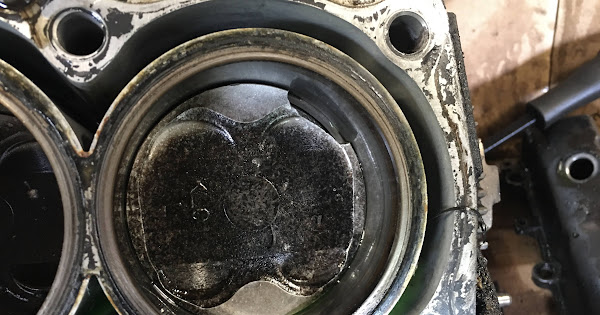 We had the SCCA Time Trials Nationals at NCM Motorsports park rapidly approaching and a very broken motor.

So, we did what any sane person would do in this situation: we sourced a junkyard motor for $300 and stuffed it in over a weekend.

It lasted less than 1/3 of a lap at NCM before breaking a rod, which quickly sawed the block in half. 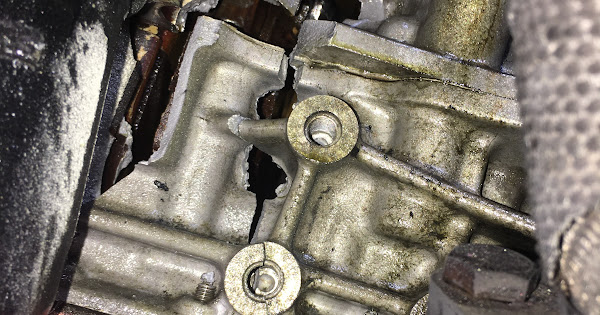 There was also a very large fire involved, which I put out using the fire bottle I wisely mounted to the roll bar.

But, the car was toast (ha! get it? Fire? Toast? eh?) and I had a whole weekend of racing left to get through. So I did what was probably the most boughie thing I’ve ever done: I drove the Probe home and grabbed the “spare” car. Yup, we grabbed the Buick and drug it down to NCM. We missed the rest of Practice on Thursday, but made it out for the first time attack session on Friday morning.

The car immediately was giving me fits. Detonation and odd boost control issues made it impossible to go WOT with it, but it handled like a dream. The new QA1 suspension bits were definitely working.

But instead of being able to concentrate on tuning out the detonation as the day wore on, the car decided to throw a curve ball. At the beginning of the second session, I lost power steering. I made it off track and back to the pits where I found the power steering pressure line leaking.

Thinking it was a failed O-ring, I proceeded to R&R that pump at least six times before we found the real problem, a nearly microscopic crack in the shoulder of the flare on the line.

Luckily, we found a hydraulic shop in Glascow that was open Saturday morning. We showed up on their doorstep at 7:30 am, and they had a new line made by 10. We missed the morning track sprint, but ran the afternoon. Still with some detonation issues, but the power steering worked.

Sunday were two shortened sessions, and while we’d tuned the greatest problem spots, it was still popping at WOT. Still, even without being able to go WOT anywhere, we managed to get within 0.3s of our best time at NCM, despite ridiculously high temperatures. This is encouraging considering we were 10-15mph slower in the straights than last time. We gained a LOT of time in the curvy bits with the new suspension parts. Like, exiting the esses onto the front straight at 74mph. That’s 10mph faster than last time I had this car on that track.

Fast forward just ONE WEEK, and were at Atlanta Motorsports Park for round four of the Optima Search for the Ultimate Street Car. Since the Probe’s going to be down awhile while I build a proper engine, we switched the registration to GTV and took the Buick. As a hedge against detonation, we filled the car up with Renegade Fuels 102 octane boost juice, which largely banished the dreaded ping for the weekend. Poor substitute for the tune being right, but when you’re hobbled by time, crutches are allowed.

The autocross was a trackcross. Basically we ran the front half of the road course with some cones placed to push us off the racing lane and make things interesting. But the topography of the course still made for some challenges. A huge spin during the first autocross run flatspotted the tires and made for a bumpy weekend, and the extreme downhill braking zones proved to be a challenge. The car’s pedal feel is vague. I’ll need to address that.

This was good for 9th in class in the autocross portion. Going over the data, I left at least two seconds out there. Still sneaking up on the limits of this new suspension.

We also scored a 9th place in D&E, and manged to identify some spots where we can quickly improve with some minor work and cannibalization of the Probe. Then came the coup de’etat: some shock adjustments and improved weather made for a stellar speed stop run, good for 7th.

The Peak Performance Challenge (formerly Speed Stop) has been a perpetual problem spot for me and this car. Despite the Buick being known as a drag racer, my Buick never did well at this. Turns out lowering it for handling without fixing the instant center or having good shocks was crippling the car’s ability to hook.

We have dramatically improved that situation, and the results prove it. I think 7th is the highest I’ve ever sat in this portion with this car.

Then hot laps. We managed to melt the boost control lines, which we replaced. Then the fittings themselves melted. So, much like NCM the week before, we couldn’t go wide open throttle. 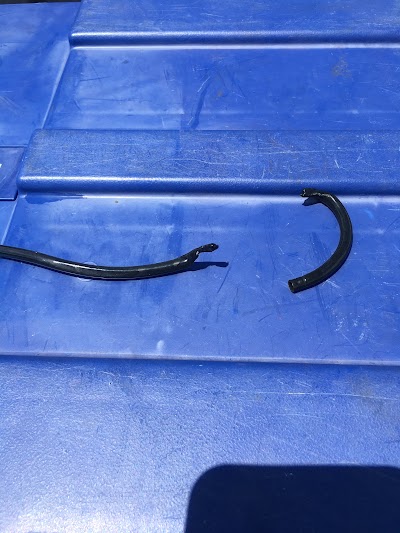 What do you do when you’re on a road course and you can’t use your massive horsepower advantage? Find a better driver in a slower car that handles better and try to keep up. We drove the Buick like a Miata – stay off the brakes and try to maintain momentum – while chasing Tara Johns in her beautiful turbocharged NB Miata and ended up with a new personal record at the track, a 1:41.280:

We didn’t top 100mph anywhere on course and given we sustained 1.4+G in turn 4 but only carried 0.8-1.0 in turns 14 and 15 we left a lot out there, and yet bested our time from last year in the Probe by nearly four seconds!

The Speed Stop and Hot Laps performances bumped us to 7th overall for the event, with 381 points.

Here’s the really cool (pun intended) parts: The transmission heat problems have been solved. We never topped 158 degrees in the pan, and the auxiliary fan on the second cooler, which comes on at 175, only came on a few times at NCM in 102 degree heat, and only once at AMP. Water stayed below 200, too. The oil got a bit thin above 210 degrees and triggered low oil pressure warnings, so we’re going to need to step up to a 5w50 for the next event mostly just to keep the light from annoying me, but knock on wood, we appear to have conquered the heat demons, finally, melted boost control lines notwithstanding.

We also identified the spots in the ignition map that were still triggering a small amount of knock, and the parts to fortify the boost control lines are on the way.

The next event we do with this car will be the Optima Search for the Ultimate Street Car Round six at Road America up in Wisconsin in August. Between now and then, we’ll get the E85 tune straightened out so we we can finally stretch this car’s legs, some work to up the D&E score in a couple weak areas, and some minor brake work to improve the pedal feel. We have just shy of two months to stitch it all together. Stay Tuned!